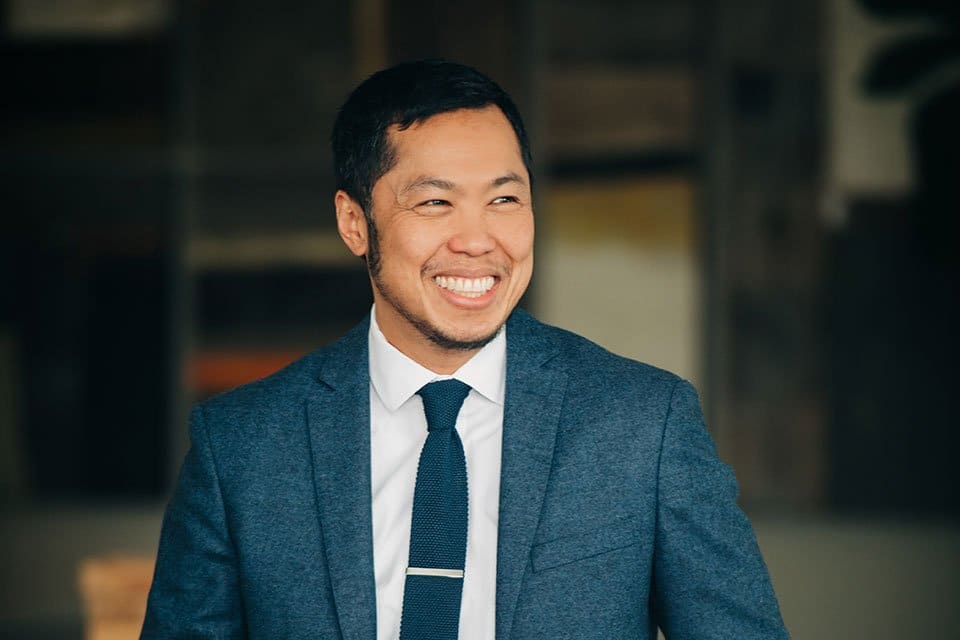 Jei Africa, Marin County’s Director of Behavioral Health and Recovery Services, is a crusader for compassion and inclusion in mental health and substance abuse treatment services.
The first openly transgender county behavioral health director in California, and possibly the United States, Jei grew up in the Philippines, and he knew what it was like to feel like an outsider in a heavily Catholic society.
“I felt like an outcast, ostracized,” said Jei, who did not fit the expectation of being assigned female at birth.
Questioning how the mind worked and how to change behaviors led Jei to study psychology while majoring in social sciences at the University of the Philippines. Jei was deeply impacted by the stories of people living with mental illnesses, and he saw them also as shunted to the side by society.
Even today, Jei recalls a vivid memory from childhood of a disheveled, mentally ill woman, wandering aimlessly in the street, and being told by an elder to stay away from her lest he catch whatever she had.
“I keep thinking about the people who are not lucky enough to have the resources, the support from family and friends, to get the help they need,” said Africa. “The core of who I am is really about caring for these vulnerable individuals, those considered second-class, often marginalized.”
Jei came to the United States to further his education and ultimately earned a postdoctoral Master of Science degree in clinical psychopharmacology, on top of an M.A. and doctorate in clinical psychology, from Alliant International University/California School of Professional Psychology.
Though Jei originally had thought he would go back to the Philippines, political turmoil in his homeland and a growing sense that he could serve as a badly needed advocate for many disenfranchised people here in the United States, especially in communities of color and the area of behavioral health, convinced him to stay.
“For me, everybody deserves an equitable chance to be healthy,” he said.
In 2007, after a couple of jobs at local nonprofits, Jei joined San Mateo County Behavioral Health and Recovery Services, where he stayed for almost 11 years before taking the helm in Marin. During that time, Jei established and directed the Office of Diversity and Equity, and, among other things, developed and implemented organizational frameworks to embed cultural competence and humility practices within the health system to improve workforce engagement and client outcomes.
Jei also spearheaded the development of behavioral health and other services for LGBTQ+ communities throughout the county including the first Pride Center, and he was a founding member of the San Mateo County LGBTQ Commission. In addition to maintaining a private consulting and psychotherapy practice, Jei has multiple volunteer positions. He currently serves as an adjunct faculty member at the University of Southern California Sol Price School of Public Policy, and at the Mabuhay Health Center, which runs a free student-run clinic affiliated with UC San Francisco.
Jei has received many plaudits during his career, including a Distinguished Humanitarian Contribution Award from the California Psychological Association for his exemplary work in promoting equity and social justice, and he was a leadership fellow with the California Health Care Foundation.
A year ago, Jei took the job in Marin County, and today he manages a staff of more than 200 employees and an annual budget of $68 million from federal, state and local sources. And while his county has a reputation for being wealthy and largely white, Jei still sees plenty of opportunities for an inclusive mindset: Marin County is home to many older and isolated residents, there are concentrated pockets of African American and Latino residents, and there are wide disparities of income and health outcomes.
For all of those people, indeed for anyone needing help, Jei wants responsive systems in place to meet them where they are, without a lot of barriers to care.
Jei’s vision is guided in part by a school librarian who shared her East Bay home with him for more than a year when he was uncertain of his economic situation and thought he’d have to drop out, and who again sheltered him after he had surgery to complete his transition.
“I became her adopted son,” said Africa. “It is a reminder to me that kindness and compassion really makes a difference in people’s lives.”