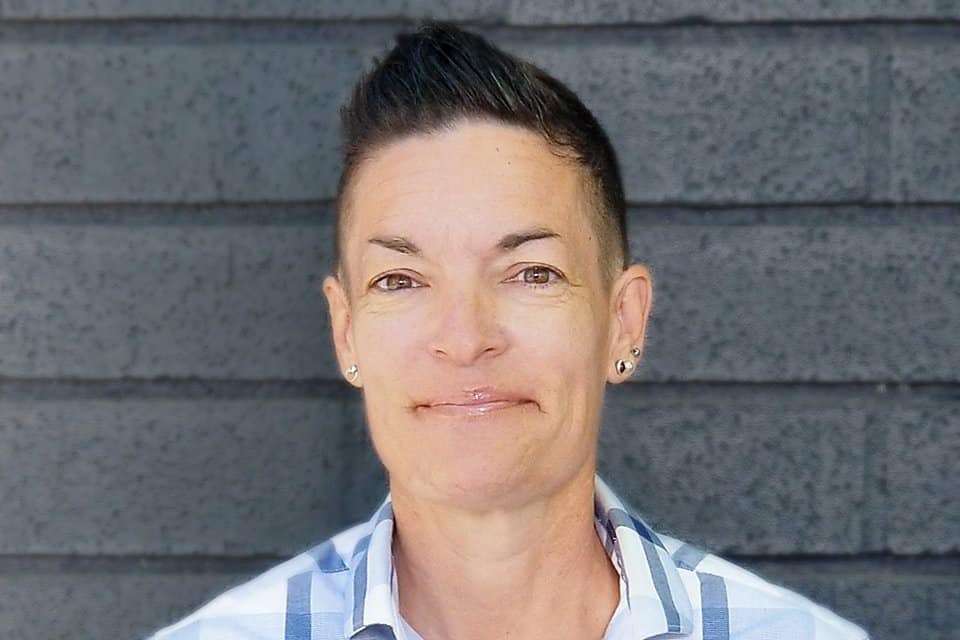 Jodi Nerell likes to be in the trenches.
“I’m not a desk person. I love being in the community. I love connecting with people,” said Jodi, Director of Behavioral Integration for Sacramento Covered, the nonprofit agency at the center of the capital city’s ambitious efforts to reduce homelessness.
That’s a key reason why Jodi so eagerly took her current job helping to launch the City of Sacramento’s Whole Person Care initiative, a federally funded pilot program (also called Pathways to Health + Home) led by Jodi’s organization that wraps people experiencing homelessness, particularly those with mental illness or substance use issues, with services designed to keep them sheltered and in better health.
That work has strengthened Jodi’s sense that most people do not appreciate the challenges faced by her clients, whose backgrounds are typically filled with hugely adverse experiences and more often than not are complicated by chronic medical conditions, mental illness, and substance use disorders.
“All the folks we interact with have led tumultuous lives. We should celebrate their resilience,” Jodi said. “I am in such awe. They have so many social determinants against them.”
Raised in the small Central Valley farming town of Los Banos, Jodi has her own turbulent family past, and an intrinsic interest in behavioral health. Though she originally thought she wanted to be an obstetrician so she could deliver babies, she realized while attending California Polytechnic State University in San Luis Obispo that she could not stand the sight of blood and instead gravitated to psychology, which seemed to answer some questions she had about how people could care and also wreak havoc.
“I fell in love with the curriculum and the exploration of mind. I’ve been toying with that my whole life,” she said.
Jodi, who graduated with a degree in family psychology, still remains interested in theories she learned in college about child-parent attachment and the implications for later life trajectories.
“Everything we do at Sacramento Covered is built around behavioral health and trauma acknowledgement and response,” she said.
Jodi went on to work at First Place Fund For Youth, an Oakland nonprofit that helps support foster kids transitioning to independent living, and to get a masters in social work from San Francisco State University.
That was followed by a stint managing a homeless shelter in Santa Cruz and an extended trip to Guatemala to learn Spanish, after which Jodi landed in Sacramento as program manager at El Hogar, a provider of outpatient mental health services for homeless people.
Several years later, Jodi was recruited to be the interim director of behavioral health at Communicare Health Centers by Karen Larsen, the woman who today is her partner. Karen, now Director of Yolo County’s Health and Human Services Agency, was previously profiled as a Steinberg Institute “Champion” herself (see here).
In her role at Communicare, Jodi and staff visited encampments along the streets and levees, taking the clinic to the people. Seeing a need, Jodi also co-created an expedited social security enrollment program for adults experiencing homelessness that received federal recognition.
“It was a perfect fit,” she said of the job.
Several more years later, Jodi became behavioral health director at Sacramento’s venerable WellSpace Health, which focuses on providing healthcare to young people as well as mental health and behavioral health services to underserved populations.
It was a big job, but Jodi shined, and in 2015 she was offered the position of senior program health coordinator with the Sacramento County Department of Health and Human Services. There she was responsible for programs serving all age groups, and she helped start a pediatric mental health program.
Then in October of 2017 came the opportunity Jodi could not pass up: After the county decided not to apply for a Whole Person Care grant, Sacramento, led by Mayor Darrell Steinberg, became only city in the state to win one. The city got a four-year, $32-million award, which was matched by $2 million in city money and $30 million in private money, most coming from healthcare systems that included Sutter Health, Dignity, UC Davis and Kaiser Permanente.
Since then, Jodi’s team of 13 community health workers has helped house nearly 300 people, including 115 placed in permanent supportive housing for people with mental illness; enrolled more than 1,200 people in primary healthcare programs; and reconnected nearly 100 people with their social security accounts, which turned Medi-Cal back on for them and in some cases secured thousands of dollars in back benefits.
Much remains to be done, and the challenges are immense: A city-run triage shelter will be closing soon for the summer season, making it much harder to help people experiencing homelessness, many of them elderly and vulnerable to abuse. Permanent housing remains in short supply.
Jodi is heartened, however, by the increasing attention that top state government officials, notably California’s new Surgeon General Nadine Burke-Harris, are giving to the long lasting effects that trauma can have on children, and on the increasing awareness of how pervasive mental health and substance use disorder issues are in society.
Ultimately, Jodi hopes that members of the general public will consider the people she seeks to help at Sacramento Covered in a kinder light.
“We are trying to change the narrative around what people see,” she said.