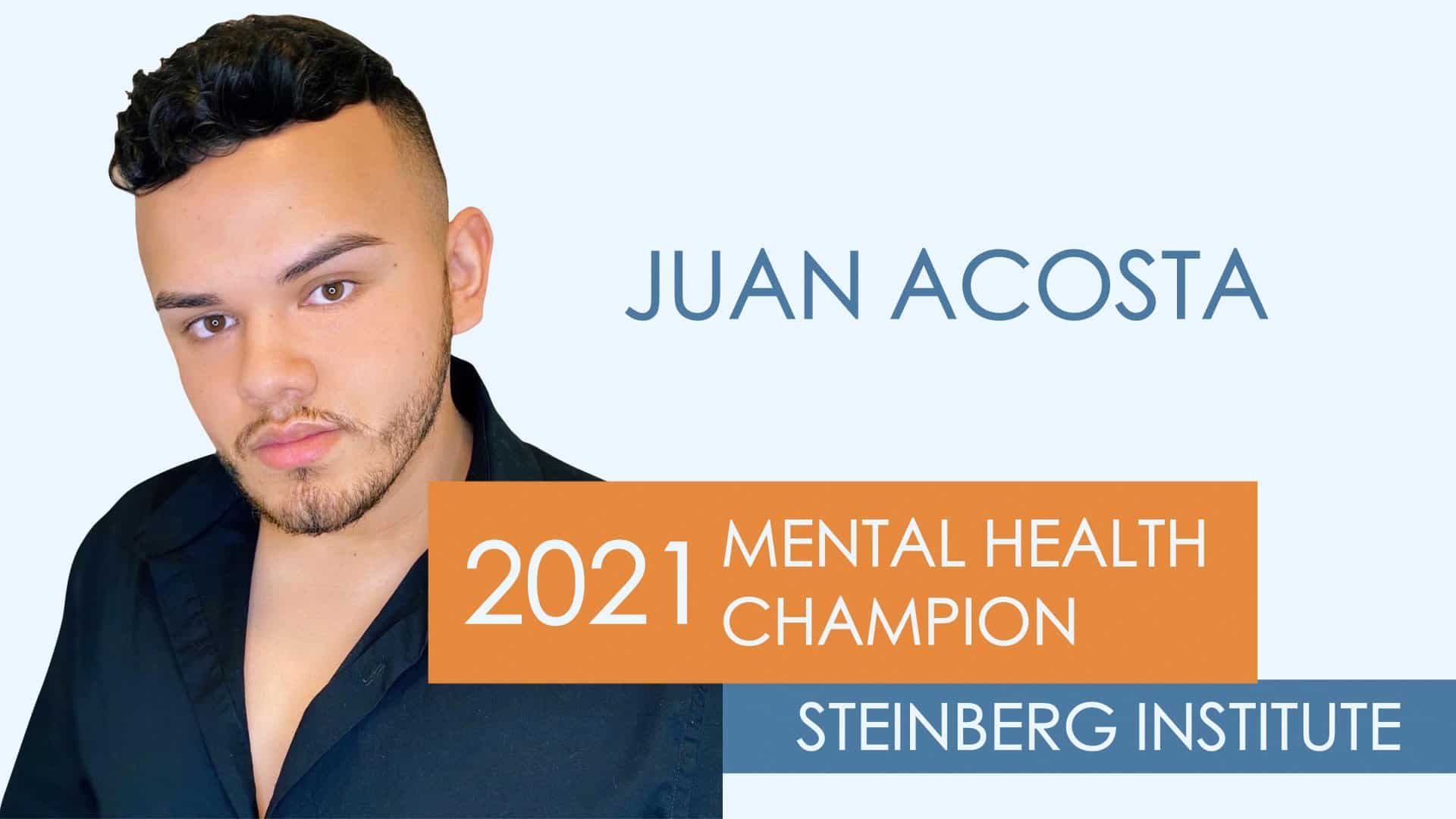 In some ways, Juan Acosta had plenty in common with other kids in Woodland, California, where he grew up. He had moved there with his parents from a small town in Jalisco, Mexico, at the age of 2, joining a town with a large Latinx population.

But kids of any culture can be cruel, and long before he’d come to his own conclusions about who he was and who he loved, he was being picked on by other kids and labeled as gay — only that wasn’t the word they used.

The bullying stoked his anxiety and soon he was looking for any excuse to stay home from school. “I tried to avoid going,” Acosta says. “I said my stomach hurts and would try and skip school, just to not be in that environment.”

By the time he got to middle school, he was in a lot of emotional pain – but keeping it to himself and not wanting to bother his parents, who put in long hours doing janitorial and restaurant work.

“It was a dark time,” he remembers. “I was coping in ways that weren’t the best. I was overeating, and I knew I wasn’t okay. But I didn’t want to worry my parents because they were working hard. I didn’t want to be another stressor.”

Young Juan Acosta getting an award for his work from the Yolo Family Resource Center.

At the urging of a mentor, he got involved with Yolo County Family Resource Center, and at 13 was helping with neighborhood clean-ups. He began to realize that engaging with community and serving others was also a way to heal yourself.

He also learned he could speak persuasively and be an effective advocate. A video clip shows 13-year-old Acosta wielding a shovel at a clean-up while another kid works behind him. “The weeds, they’re all overgrown and we’re going to need a lot of help to clean this all up,” young Acosta says. “Come help us.”

He soon got more practice. At 14, he was co-hosting a cable-access television show, “Teens on the Move,” sponsored by the Yolo Family Resource Center and the Woodland Coalition for Youth. It showcased the leadership activities of young people – and sometimes animals. In one episode, Acosta introduced cows on a tour of Full Belly Farm, an organic farm 30 miles from Woodland. The show also tackled more controversial subjects.

“We presented local issues from teen pregnancy to mental health issues to substance abuse,” Acosta recalls. “We were trying to raise awareness of how these issues were impacting young people.”

For Acosta, two other influential people helped him get support and appreciate his own unique gifts – a high school counselor and an international pop star. The counselor, Mary Scarlett, listened to him and told him about other resources. “I could go to her and she was able to hear me out,” Acosta says. “And I learned how an online chat can provide support for mental health.”

In May 2011, Lady Gaga released her album “Born this Way” – and Acosta was captivated by the music and the message of its lyrics.

I‘m beautiful in my way
‘Cause God makes no mistakes
I’m on the right track, baby
I was born this way

“This is gonna sound so cliché, but when she released that album, it was really helpful for me as a young kid listening to lyrics that were so empowering of one’s identity,” Acosta says. “I started embracing who I was.” He also got involved in LGBTQ+ advocacy and, a few years later, with Lady Gaga’s Born This Way Foundation. But first, he had some work to do at home.

“On a random day, I went into my parents’ room. I was like, ‘I need to talk to you. This is who I am,” Acosta recalls. “To my surprise, they were really accepting. My dad gave me a kiss on the cheek and my mom hugged me. And they said, ‘You’re our son, we’re proud of you.’”

Acceptance helped give Acosta the confidence to step up his community work and advocacy. “When I was able to embrace myself fully, that’s when I noticed that my life truly changed,” he says. “I could now help other young people within the LGBTQ+ community.”

Three years ago, at the age of 21, he helped draft a resolution for the City of Woodland, his hometown, to recognize and honor Pride Month – a move the city had voted against two decades earlier. “The LGBT community should be embraced here,” he told the city council. “Growing up, I never had that, and I feel like I needed a message of embracement by the community.” The measure passed unanimously.

By then, Acosta was writing articles for Channel Kindness, a website of the Born This Way Foundation that seeks to create “a safe space for young people to tell their stories of kindness, resilience, and community.” He submitted one about his own experience advocating for the Pride Month resolution in Woodland City Council and it ended up being featured in the Channel Kindness book that Born This Way Foundation published last year in the midst of the pandemic.

“Juan’s story deals with pride, it deals with representation and many young people felt the impact. They felt like ‘I’m being heard, I’m being seen, who I am is valid and important,’” says Aysha Mahmood, an editor with the foundation. “We heard that a lot when we were doing the virtual book tour.” 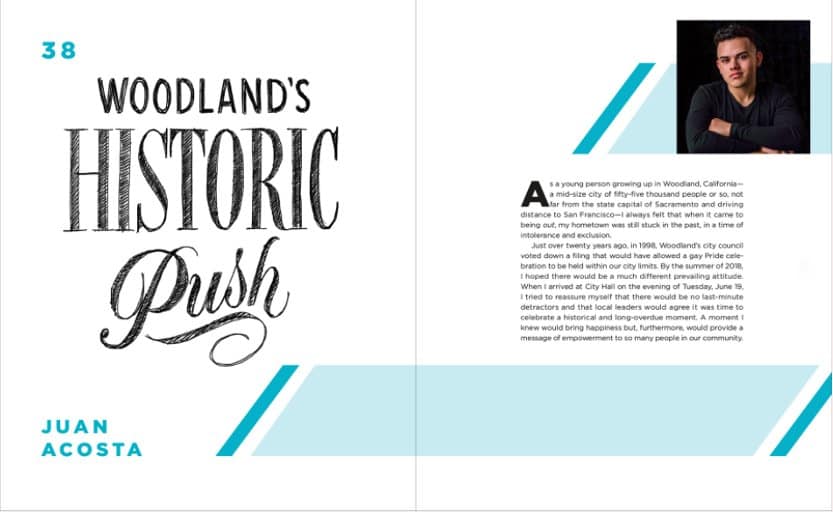 Today, Acosta works as regional manager for the CalHOPE Warm Line – a place for people experiencing stress, anxiety and depression linked to COVID-19 — and is able to use his experiences to help people cope with the intense stress of the past year of isolation and COVID-19. He also encourages them not to bury the painful feelings of the past year.

“There’s some hope now because of the vaccine and because people are more vocal about supporting underserved communities,” he says. “Hope is awesome. It’s great to have a sense of hope. I encourage people to continue looking to the future. But if you’re not addressing everything that you endured this past year, the things that have been weighing you down or impacting your mental health, it will come back to you, and you will have to address it. That’s one thing I’ve learned — that addressing things early on is important.”