The Steinberg Institute advanced the cause of mental health on multiple fronts in 2017, working with lawmakers, tech entrepreneurs, business leaders, researchers and providers to expand services and support innovation. In addition, the year brought a consuming new focus: shifting the treatment paradigm for mental health care from one centered on Stage 4 crisis care to one in which the emphasis is early detection, prevention and intervention, before a brain illness becomes disabling. How do we get there? Our two priority bills for 2017 start that work by generating significant new resources for evidence-based early intervention services; and educating primary care providers in early detection of common psychiatric conditions. Both bills passed the Legislature with bipartisan support and were signed into law in October by Gov. Jerry Brown.

Here’s an overview of our priority legislation for 2017. 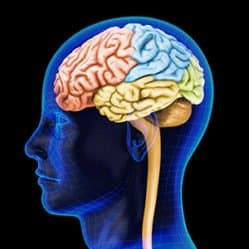 The Cost Benefits of Prevention and Early Intervention

We believe AB 1315, by Assemblymember Kevin Mullin, D-South San Francisco, has the potential to spark a transformation of mental health care in California. The measure expands resources for early detection of psychosis and other symptoms of serious brain illness in young people, and funds evidence-based intervention and treatments that have proven effective in arresting conditions such as schizophrenia, bipolar disorder and other mood disorders before they become disabling.

Here’s why we think it’s a game-changer: Research shows 50 percent of brain illness begins by the age of 14, and 75 percent by the age of 25. Every year in this country, about 100,000 young adults experience their first psychotic episode. The average delay in receiving appropriate diagnosis and treatment after a psychotic episode is an astonishing 18.5 months. The longer the illness goes untreated, the more likely that young person will veer down a damaging and potentially deadly path, failing to graduate, unable to form relationships, unable to hold a job.

On the other hand, the best research out there shows us that for people prone to serious brain illness, early intervention can make all the difference. Model programs in operation in California, New York, Oregon and multiple other states and nations have shown dramatic benefits when young people receive treatment in the early stages of illness, often resulting in rapid remission of symptoms. But fewer than half of California counties offer such services, and the 24 counties that do can’t support programs large enough to meet local demand.

AB 1315 sets up a public-private partnership – called EPI-Plus — that will provide both funding and incentive for counties to focus new resources on early detection of psychosis and prevention of full-blown mental illness. The legislation creates a special account dedicated to funding programs proven to be effective. That account will be fully supported by private donations and federal, state and private grants. Counties can apply for awards, and if chosen, will have to come up with matching funds – essentially doubling their investment.

Following more than a year of effort, we have a written pledge from private industry to raise money for EPI-Plus – and crucial buy-in from tech leaders, who now are actively seeking to partner with counties on innovative pilot projects.

GROWING THE MENTAL HEALTH WORKFORCE: AN INTEGRATED APPROACH TO CARE

How Primary Care Providers Can Help Solve Our Psychiatrist Shortage

Shifting the paradigm will also require more people trained to recognize the early signs and symptoms of psychosis. Multiple recent reports document the alarming disconnect between supply and demand for psychiatric services in the United States. According to the National Council for Behavioral Health, the ratio of psychiatrists to population in the U.S. declined by 10 percent between 2003-2013.  Nearly half the nation’s psychiatrists are private practitioners who operate on a cash-only basis. Another recent study found 55 percent of counties in the continental U.S. have no psychiatrists, and 77 percent have a severe shortage.

We can’t magically multiply the number of psychiatrists in the U.S. — but we can do far more to ensure primary care providers have the basic training they need to recognize the symptoms of common mental health conditions, and provide appropriate treatment or referrals.

AB 1340, by Assemblymember Brian Maienschein, R-San Diego, helps ensure such training is built into the continuing education requirements for medical professionals. The bill requires that the Medical Board of California consider including in its continuing medical education requirements a course on integrating mental and physical health care in primary care settings, especially as it pertains to children.

AB 1315 (Mullin):  Early Psychosis Intervention and Early Mental Health Detection Programs (Sponsor)
AB 1315, signed into law in October 2017, aims to shift the paradigm for mental health treatment in California from one centered on late-stage crisis care to one in which the emphasis is on early detection, prevention and intervention, before a brain illness becomes disabling. The bill creates a public-private partnership to generate new funding for programs that provide early diagnosis and intervention services for young people experiencing the early stages of serious thought and mood disorders. Supporters

AB 1340 (Maienschein): Continuing Medical Education: Mental and Physical Health Care Integration (Sponsor)
AB 1340 will help ensure primary care providers in California are trained to recognize the symptoms of common psychiatric conditions, part of a broader effort to promote early intervention and prevention for people living with brain illness. The bill, signed into law in October 2017, requires that the Medical Board of California consider including in its continuing medical education requirements a course on integrating mental and physical health care in primary care settings. Supporters

AB 917 (Arambula): Student Health: Student Suicide Prevention Policies (Sponsor)
AB 917 would require California Community Colleges, California State Universities, and strongly urge the Universities of California, in addition to all private colleges and universities, to adopt and implement policies on the prevention of student suicides.  This is a two-year bill that will move forward in 2018.

AB 1135 (Wood):  California Marijuana Tax Fund (Sponsor)
AB 1135 would offer guidance as the Department of Health Care Services moves to establish protocols for use of Proposition 64 prevention and early intervention funds for mental health services, including substance use disorder services, for youth and their families. This is a two-year bill that will move forward in 2018.

AB 1136 (Eggman):  Health Facilities: Residential Mental or Substance Use Disorder Treatment (Co-Sponsor)
AB 1136 directs the Department of Public Health to draft a proposal for creation of an online psychiatric inpatient bed registry to collect and relay information about available beds. This is a two-year bill that will move forward in 2018.

AB 154 (Levine):  Prisoners: Mental Health Treatment (Support)
AB 154 would give Superior Courts discretion when sentencing an offender with a diagnosed brain illness to include mental health treatment in prison and county jails when in the best interests of the defendant and the community.  The bill was vetoed by Gov. Jerry Brown in September 2017.