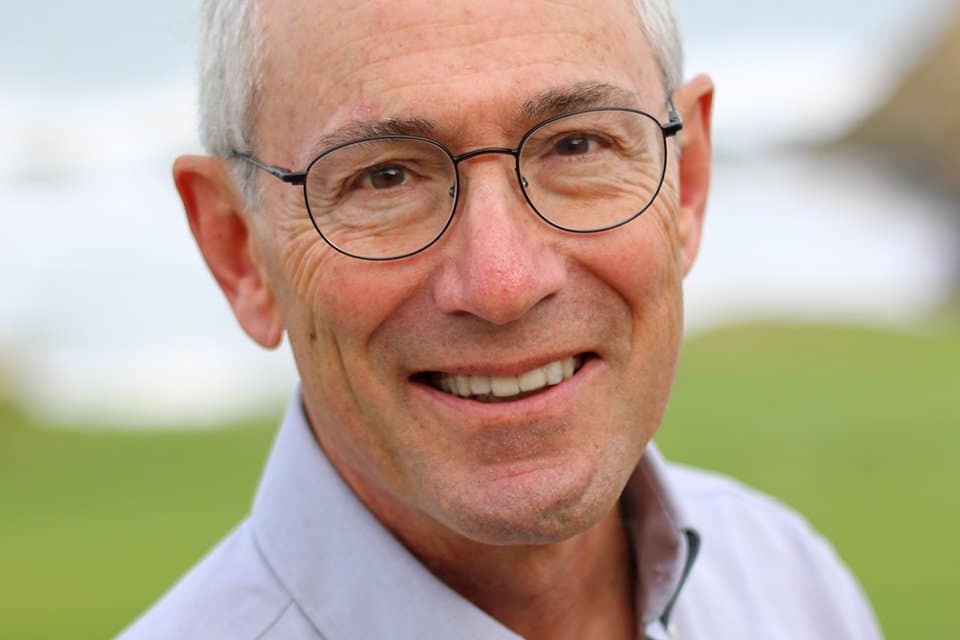 In a career full of twists, turns and high-powered assignments, Thomas Insel may now be embarking on one of his most daunting tasks yet — helping California find its way out of a worrisome mental health care crisis.

This year, he assumed a new role to help Gov. Gavin Newsom revamp mental health care in the state. Newsom called Insel his “mental health czar,” though his position is unpaid and Insel says it grants him “no authority.” Even so, he is zigzagging across California this summer, visiting mental health facilities to try to understand what works and what doesn’t.

Insel’s meandering career path began early. A precocious student, he enrolled in a joint B.A.-M.D. program at Boston University at age 15 and then took a one-year hiatus to volunteer in clinics across Asia. He returned to finish his medical degree and later completed a three-year psychiatry residency at the University of California-San Francisco.

As a young scientist at the National Institute of Mental Health in the 1980s, Insel researched the effects of antidepressants, then shifted gears to study the neurobiology of emotional attachment in the prairie vole, a rodent known for monogamous behavior.

His groundbreaking research revealed that the vole’s devotion to a single mate was attributable to higher levels of a protein in its brain. That work — along with earlier research on anxiety in monkeys — led to a job running the Yerkes National Primate Research Center in Atlanta starting in 1994. He returned to NIMH in 2002 as its director and headed the institute, the world’s largest funder of mental health research, for the next 13 years.

In 2015, Insel left NIMH to lead mental health initiatives at Verily, Google’s life sciences research subsidiary. He jumped ship after a year and a half to join a startup, Mindstrong Health, which hopes to prove that the way people use their smartphones can reveal the state of their mental health — and provide opportunities to intervene. Insel also serves as board chairman of the Steinberg Institute, a Sacramento-based nonprofit focused on California mental health policy.

In May, he took a temporary leave from Mindstrong to work intensively, at Newsom’s behest, on a mental health plan for the state. He intends to return to the company early next year and continue advising the governor for “as long as I can be useful.”

California Healthline joined Insel on Aug. 19 as he toured Oakland’s Trust Clinic, a medical and mental health center serving the city’s homeless population. We sat down with him for an interview afterward. His comments have been edited for space and clarity.

Q: How would you describe the state of mental health in California and in the U.S.?

California has all the issues every other state has — incarceration, homelessness, fragmentation. More than half of people with mental illness are not getting care. There is a very shallow workforce, particularly for kids. We don’t have inpatient beds where we need them.

I’ve spent 40 years working in this field. We have seen vast improvement in those 40 years in infectious diseases, cardiovascular care, many areas of medicine, but not behavioral health. Suicides are up about 33% since the turn of the century. Overdose deaths are skyrocketing. People with serious mental illness die about 23 years early — and we’re not closing that gap. We’ve got to come up with better solutions now.

Q: What insights are you gaining as you visit programs around the state?

People managing these programs are heroic in what they’re able to do with limited resources and tremendous demands. We have 58 mental health systems because we have 58 counties, and we have a separate system for mild to moderate mental illness. It’s very fragmented — including between mental health and substance use. One family might interact with four different providers to get behavioral health care. That’s not the system one would design if you’re starting with the patient.

Q: How should the system be designed?

The system now is crisis-driven. The biggest transformation will come when we can identify problems and intervene earlier. That’s when we get the best outcomes in diabetes, heart disease, cancer. It’s equally true in behavioral health. We have to manage crisis better, keep people out of the criminal justice system, provide more continuity of care. But we also have to move upstream and capture people much earlier in their journey. This will require building infrastructure we don’t have right now: crisis residential beds, sub-acute beds, places for people to live.

Q: So how do we bring about the needed changes?

California has one advantage few states enjoy. The Mental Health Services Act (MHSA) will provide $2.4 billion this year, including for early intervention, prevention and innovation. We also have [other] funds. Every county is using those funds in the way it sees fit.

The time has come to ask: How can we reduce suicide, overdose deaths and re-hospitalization in California? One approach would be to set goals for these, i.e., reduce suicide by X% in Y years. Housing and incarceration have gotten worse over time. Should the state make a pledge to its citizens to do better in those areas?

Q: Who would ensure such a pledge is honored?

Counties are still ground zero for all this. They’re our connection to schools and jails, and places where the mental health crisis is playing out. The question is, can the state do more to help them succeed? One thing I’ve heard from every county is that the burden for documentation means that 35% to 40% of the time is taken up with paperwork, not providing services. Can we set them loose to do what they want to do?

Q: Can technology play a role in improving mental health?

As much as one might hope there’d be an app for that — it’s really complicated. In the months I’ve focused on creating a mental health plan for California, technology is barely in the conversation. Having said that, I do think in the future using digital tools to connect people to care will be transformative.

Q: The recent mass shootings in El Paso and Dayton, like numerous others before them, were perpetrated by angry, alienated young men. What does this say about our culture and the American psyche?

It’s a complicated question. There is an element of untreated mental illness that leads to high risk of violence. That violence is usually self-directed in the form of suicide; occasionally, it’s other-directed. We did better, oddly enough, when I started in the field than we’re doing today in providing more comprehensive, continuous care. I think we are in a crisis, but it’s a crisis of care. So whether the mass shootings are a reflection of that or not — maybe to some extent, but they’re a small part of a much bigger issue. We are failing to provide care to people with brain disorders. We need to do better.