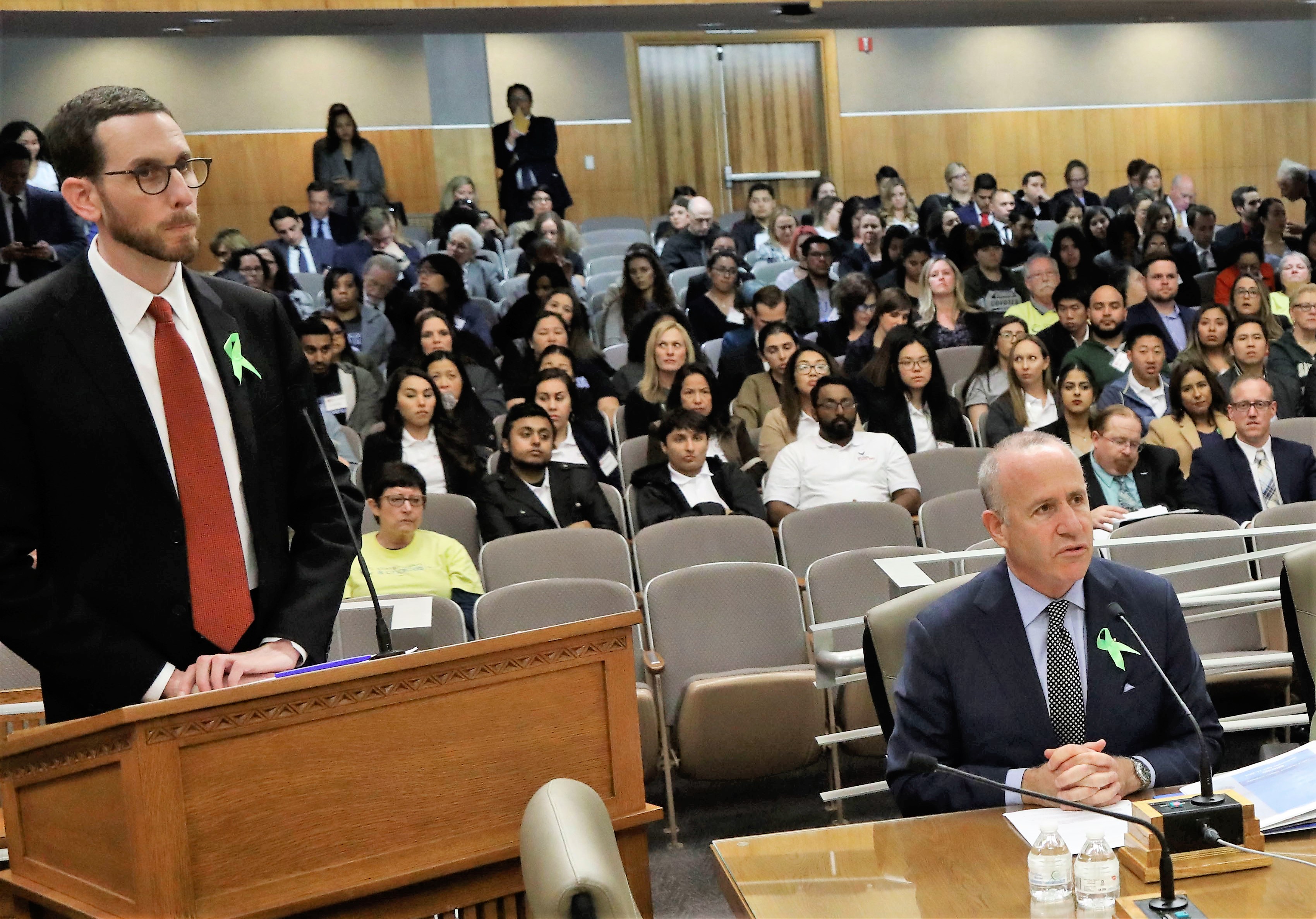 Governor Agrees: Time for CA to get strategic about early intervention in mental illness

Governor Jerry Brown today signed into law Senate Bill 1004, marking a watershed moment for the delivery of mental health care in California. The bill will ensure far more families across the state have access to high-quality mental health services that aim to intervene before a brain illness becomes disabling. By requiring California to be more strategic in its approach to prevention and early intervention in mental illness, SB 1004 has the potential to change the lives of tens of thousands of Californians at risk of a serious brain illness and ultimately to turn the tide in our homelessness crisis.

SB 1004, co-authored by Senators Scott Wiener, D-San Francisco, and John Moorlach, R-Costa Mesa, was the Steinberg Institute’s priority legislation for 2018. It marks a major step in our efforts to standardize and scale up access to high-quality prevention and early intervention (PEI) programs funded by the Mental Health Services Act. That’s the millionaire’s tax passed in 2004 that now generates $2.2 billion a year for mental health care in California.

By statute, 80 percent of MHSA revenue goes to crisis care for people whose mental illness is already progressed. The other 20 percent goes to PEI services that address brain illness at the front end, as we do with most other diseases. These services are crucial to transforming the landscape in mental health delivery, so we increasingly reach people before their illness progresses to the point of suffering and dysfunction.

“For all the progress we’ve made in mental health care in California – and we’ve made a lot — untreated mental illness continues to be a driving factor in virtually every major public policy issue we’re trying to tackle: homelessness, criminal justice, the plight of veterans, family dysfunction,” said Sacramento Mayor Darrell Steinberg, who authored the Mental Health Services Act during his tenure in the Legislature and went on to found the Steinberg Institute.

“The time has come to be more deliberate in how we spend nearly $500 million a year on prevention and early intervention. What are the four or five services we could provide that we know would cause a dramatic decrease in the number of people who end up in our streets or prisons or morgues because of untreated mental illness? How do we scale up what works?”

SB 1004 will help ensure California’s PEI spending is having maximum impact. For the first time, it lays out a statewide strategy so that counties across California are targeting their PEI funds on areas of proven need and employing best practices in their treatment models. In addition, it ensures counties get timely guidance and technical assistance from the state Mental Health Services Oversight and Accountability Commission.

SB 1004 would create more oversight in how MHSA funds are spent and require counties to focus their PEI funds on five overarching categories:

Why these areas? Fewer than half the counties in California offer the evidence-based models of early psychosis care that are proven most effective in intervening during the early stages of serious mental illness. California’s suicide rate, like the nation’s, remains stubbornly high. And the Adverse Childhood Experiences Study (ACES) shows the importance of early intervention to lessen the impacts of trauma and violence on a young person’s mental health.

“When we act quickly and treat the first signs of mental illness, we help people get their lives back on track and avoid falling into severe mental illness ­– a lifetime problem that can result in chronic homelessness,” said Senator Wiener, co-author of SB 1004.

“In particular, we must ensure that counties are using their prevention and early intervention funds on programs that have proven to be effective. SB 1004 standardizes best practices for programs across the state and helps close the glaring and unjust gaps in treatment access and quality that now persist at the local level. Mental illness overwhelmingly manifests when people are young. I am proud that California recognizes this and that we are taking steps to ensure we help people early on.”

The bill builds in some flexibility, allowing counties to use their PEI funds for other priorities if they can make the case for a strong local need. It also builds in accountability, requiring the Mental Health Services Oversight and Accountability Commission to create a framework for services and metrics for tracking program outcomes across the state.